“…a world with no firm center, a world where all certainties are disintegrating and where, suspended above this disintegration like a melancholy mist, there hangs the memory of a different world, where things were themselves.”

“World With No Firm Center” might be the title if I would compose Letters to Olga today. The piece uses 32 excerpts from Havel’s letters; two narrators and seven musicians, 50 minutes long.

“Letters to Olga” by Petr Kotik (1989)
For two narrators, winds and guitars
On text by Václav Havel

The S.E.M. Ensemble, directed by Petr Kotik, will perform three in-person concerts across Brooklyn and Manhattan on May 16th, 19th and 20th. These events were conceived of as a mini-tour – since each concert will have limited seating in accordance with current COVID-19 guidelines, the ensemble will perform the same program three times throughout the city to reach a similar audience to a single, pre-COVID concert. The programs will include Petr Kotik’s “Letters to Olga” (1988), a 50-minute piece for two narrators, four winds and three guitars, which uses text from letters that Václav Havel wrote to his wife while imprisoned for political activities in the early 1980’s; Havel would go on to become the first president of Czechoslovakia after the collapse of the Soviet Union. The concerts will also feature the world premiere of Kotik’s new solo guitar piece “The Lost Guitar.”

Letters to Olga was composed in 1988, during a time of major political upheaval in Europe. “In December 1988… I met several times with Václav Havel and told him about my work on the piece,” recalls Kotik. “I explained that it was the mixture of profound and trivial, meditative and practical, the continuous and discontinuous stream of thought that attracted me to the text. Vaclav was thrilled and encouraged me to use the text in any way I needed to complete the piece.” The 50-minute piece was premiered at the Paula Cooper Gallery in New York on December 19, 1989, and Václav Havel was elected president of Czechoslovakia on December 29th of that same year. It has not been performed since 2010. For more information, please visit: http://semensemble.org/letters-to-olga

The Lost Guitar was composed between March 3 and April 11, 2021 for the Slovakian guitarist Ondrej Veselý and is dedicated to the memory of Morton Feldman. The title refers to a guitar piece Feldman composed for Christian Wolff, which was irretrievably lost. In the early 1960s, Christian Wolff started to play the guitar and was looking for pieces to perform, so Feldman agreed to compose a guitar piece him. They worked together, Wolff helping Feldman understand the possibilities of the instrument, and Feldman composed a short piece for guitar on the spot. Wolff put the manuscript in his guitar case and left to return home. On the way, the guitar – including the manuscript – was stolen and no one has seen the piece since.

The performance of Letters to Olga is dedicated to the memory of the Czech actor Jan Tříska (1936–2017).

Czech Republic’s one of the most celebrated actors, Jan Tříska became 1959, the youngest member of Prague’s National Theater. A close friend of Václav Havel, he was part of the Czech Avant Garde theater scene of the 1960’s, and became one of the leading theater personalities in the country. After the Soviet invasion in 1968, he was banned by the regime and in 1977, he moved to the US. He lived in Los Angeles. In America, Tříska is best known for his roles in films such as “Ragtime” and “The People V. Larry Flynt,” both of which were directed by Miloš Forman, another Czech expatriate and a close friend. After the fall of the communist regime in 1989, Tříska returned often to the Czech Republic, acting on both the stage and in films. He performed leading roles in the Czech films “The Elementary School” [Obecná třída] (1991) and “Želary” (2003), both of which were nominated for Academy Awards.  Tříska performed “Letters to Olga” twice in Prague, at the Prague Spring festival in 2001 and at the Archa Theater in 2010. 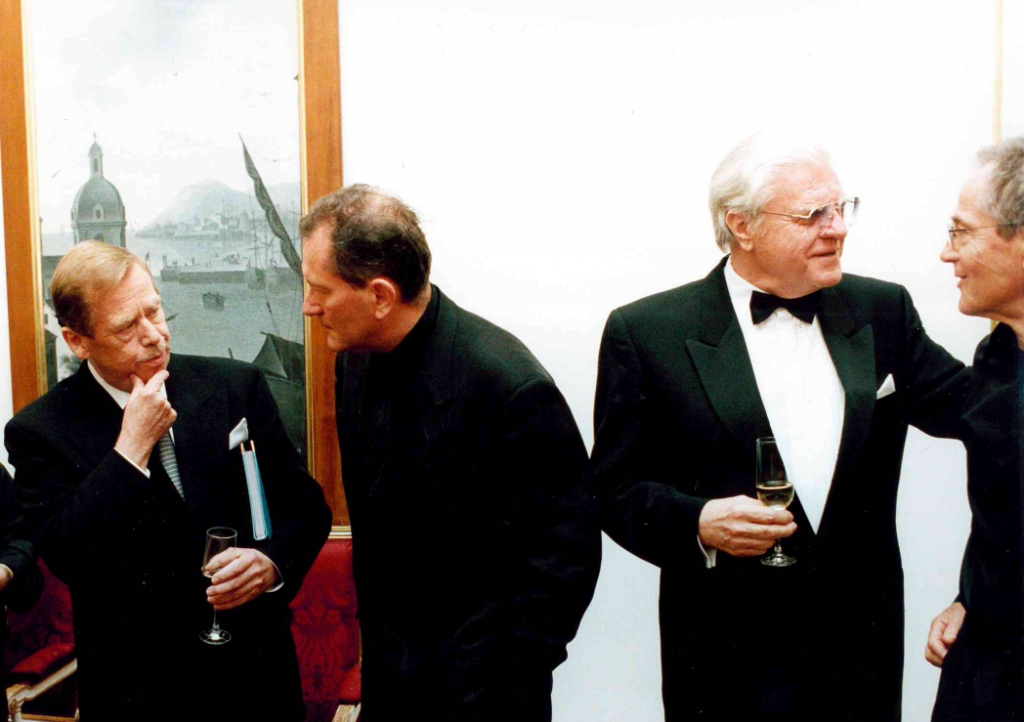 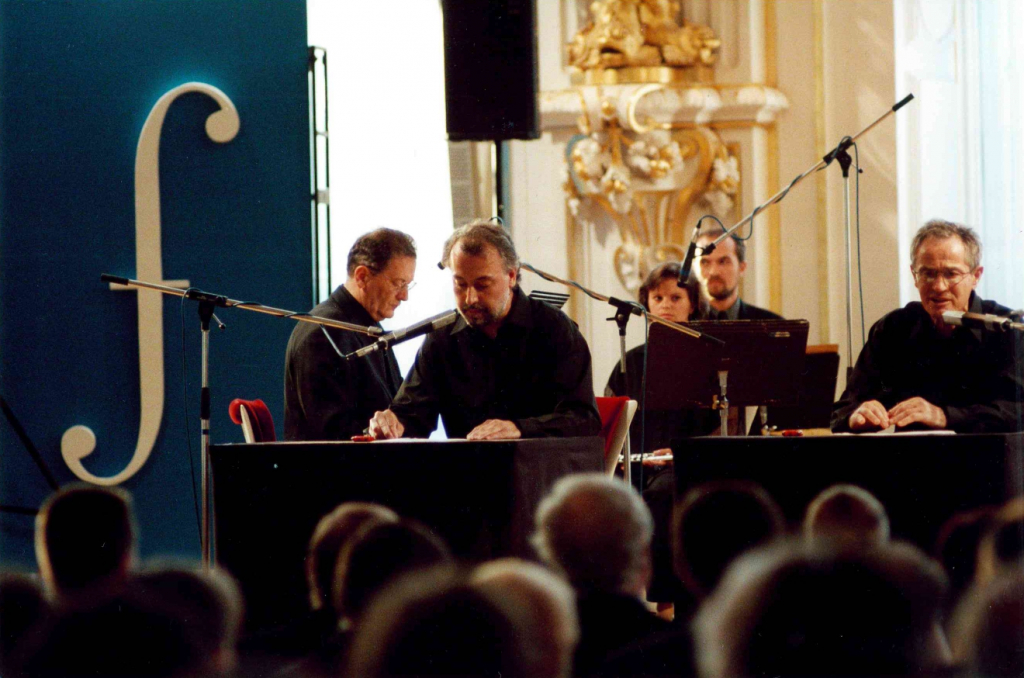