One of the highlights: Persephassa by Iannis Xenakis!

Tonight's concert of Ostravská banda, which begins at 7 pm in Trojhalí Karolina, features a performance of a gigantic piece by Iannis Xenakis. In addition to the Czech and world premieres of pieces by composers Luboš Mrkvička, Jan Jirucha, Ana Sokolović, Roland Dahinden and Miro Tóth, we draw attention to an extraordinary composition Persephassa.

The demanding, virtuoso composition from 1969 is presented in a truly unique way, simply because it places enormous demands on the drums. Six players gather around 60 percussion instruments around them, many of which are very exotic, and securing everything necessary for proper execution is a challenge for every organizer and player itself. Tonight from about 22:00, a half-hour iconic work for percussion instruments will be performed by:

The performance is led by a conductor Bruno Ferrandis.

Don't miss Xenakis's Persephasa today! This opportunity can be once-in-a-lifetime!

The name of the composition Persephassa refers to the goddess Persephone (or Kore), who embodies the telluric forces (ie forces related to the Earth) and the variability of life. These phenomena are related to astronomical cycles and affect animal species, especially humans - they are based on time-limited periods and repetitions. Percussion instruments are then used in the composition as symbols of telluric and celestial events. While working on the composition, Xenakis decided to use new instruments - wooden or metal simantry, which the author had previously used in the work Oresteia. Similar instruments are used in Greek Orthodox monasteries, which the composer perceived as "places where real, ancient rhythms sound, still untouched by the influence of radio or television." During the performance of the composition, 6 percussionists are arranged in a circle around the audience, the parts of the individual players overlap and complement each other in various ways - the music fills the entire space and the composition becomes a certain "sound choreography". The rhythms "spin" in various ways and chaotic clouds of sound unfold freely around the listeners. In many places, the music stream accelerates the composition and resembles a giant sound vortex. Although this "spiral whirlwind" may evoke, for example, ecstatic dervish dances, Xenakis does not try to bring us into a trance - sudden cuts and interruptions, often short and unpredictably spaced, always reactivate the listener's attention. 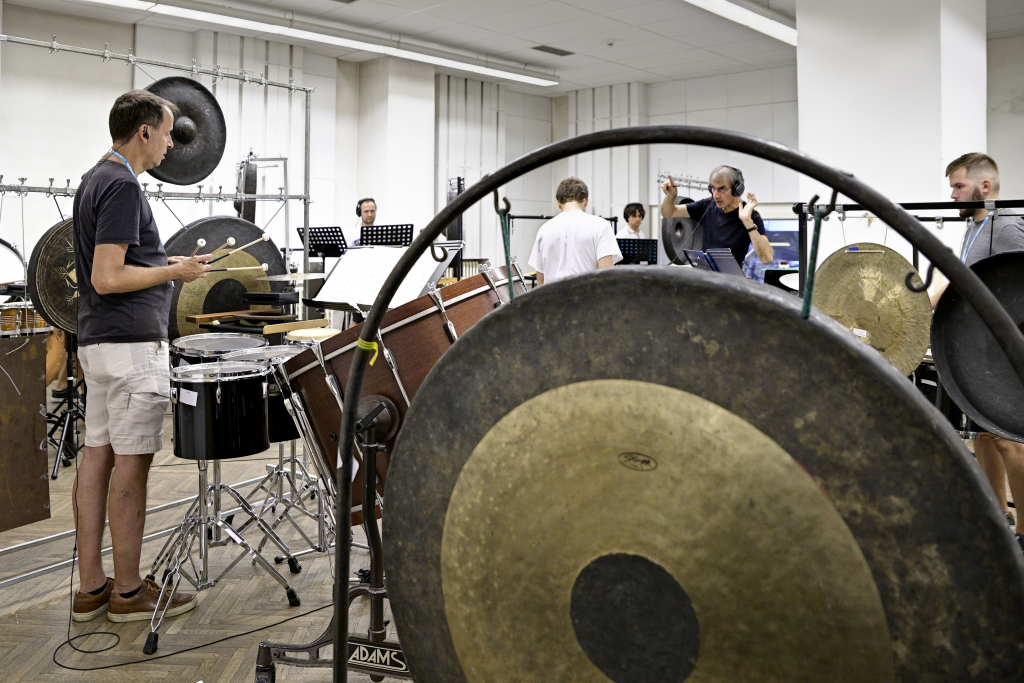 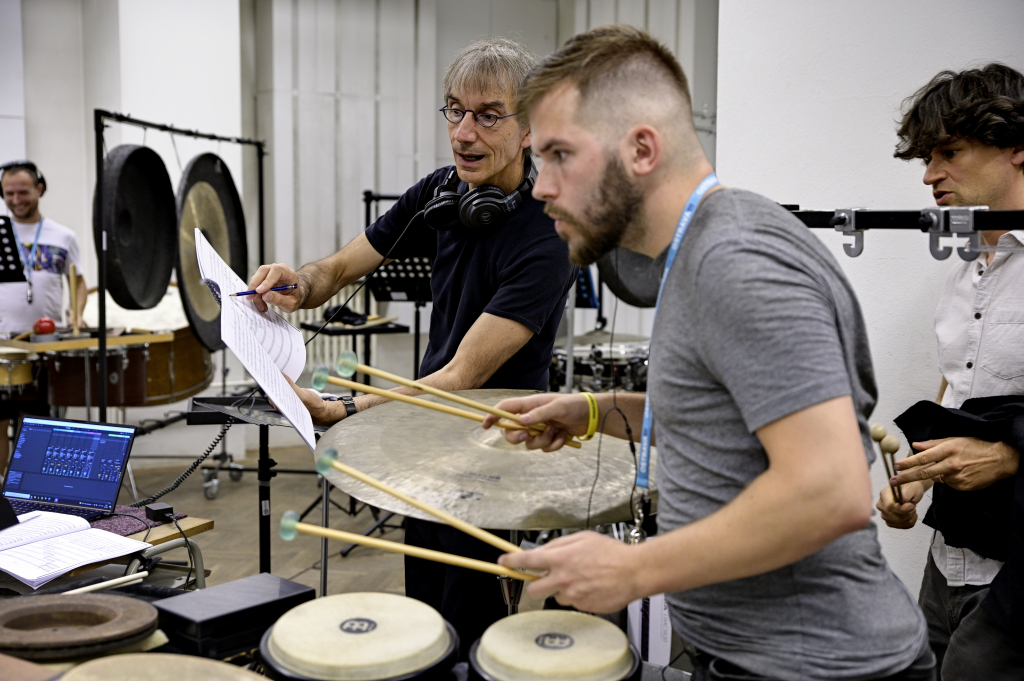