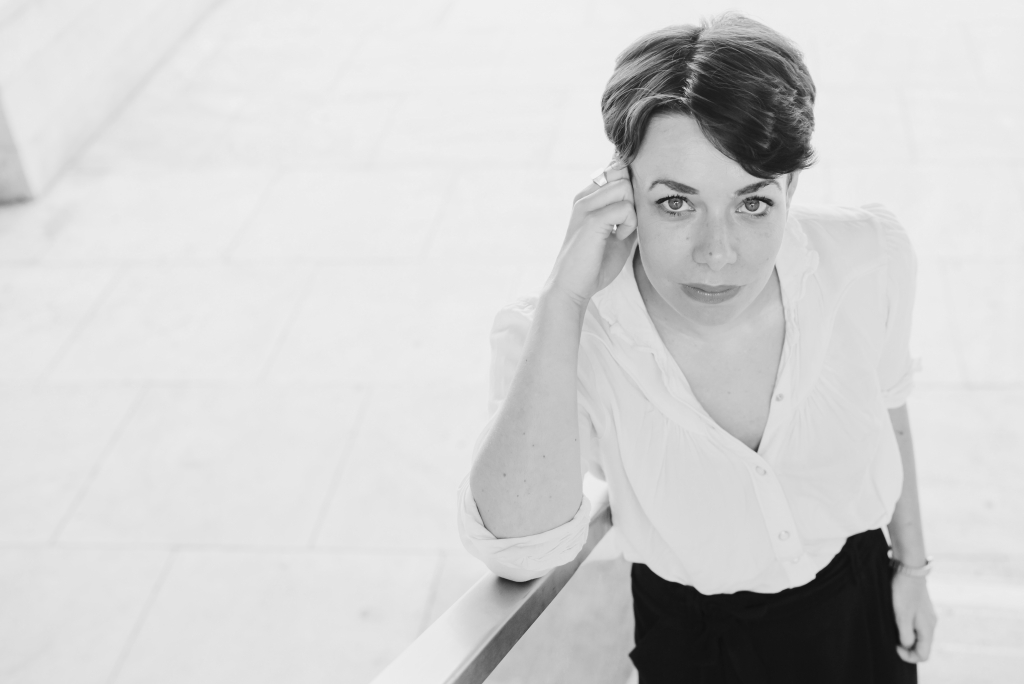 Katharina Schmitt (1979, Bremen) studied directing at the Prague Academy of Arts and works as a director and playwright. She has received accolades such as the Jakob-Michael-Reinhold-Lenz-Award for Playwriting for her play Knock Out, the Martha Saalfeld Award for Literature, an EHF 2010 Fellowship, a research fellowship from the Berlin Senate for Culture and an Alfred Döblin Scholarship from the Berlin Academy of Arts. Katharina Schmitt has collaborated with many international theatres and festivals, such as the Prague National Theatre, Thalia Theater Hamburg, Schauspiel Leipzig, Watermill Center New York, Festival Musica Strasbourg and the Munich Biennale, among others. Since 2012, she is one of the associate directors of the Studio Hrdinů theatre in Prague. Schmitt has worked extensively as a librettist and director within music theatre, opera and radio art: in 2016, she directed György Ligeti’s operas Aventures & Nouvelles Aventures, the opening of festival NODO Ostrava, and, in 2017, Jiří Kadeřábek’s opera No Man, for which she co-wrote the libretto, at the Prague National Theatre. In 2018, she directed Everything Goes to Plan by Ondřej Adámek, for which she wrote the libretto, at the Munich Biennale. Her radio work has been produced and broadcast by Deutschlandradio, ORF, Český Rozhlas, and WDR, receiving nominations for Prix Marulić and for Grand Prix Nova.