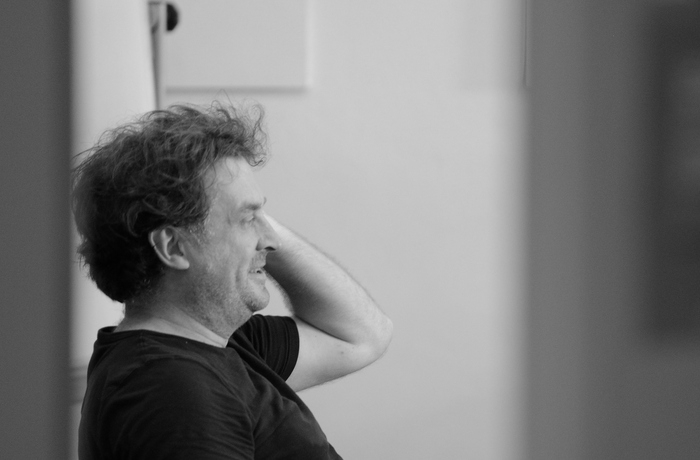 Richard Ayres was born in Cornwall (Great Britain) in 1965. In 1986 he followed Morton Feldman’s classes at the Darmstadt and Dartington summer schools, and after this experience decided to make music a full-time occupation. He studied composition at the University of Huddersfield, and postgraduate composition with Louis Andriessen at the Royal Conservatoire in Den Haag, graduating in 1992. He continues to live in the Netherlands, and teaches composition at the Conservatoire in Amsterdam. Ayres music has been performed by many of the major European contemporary music ensembles, and numerous orchestras. He collaborated with the novelist and poet Lavinia Greenlaw on an opera version of Peter Pan, which was premiered by Stuttgart Opera in 2013, and received a new production directed by Keith Warner for the Welsh National Opera and the the Komische Oper Berlin.