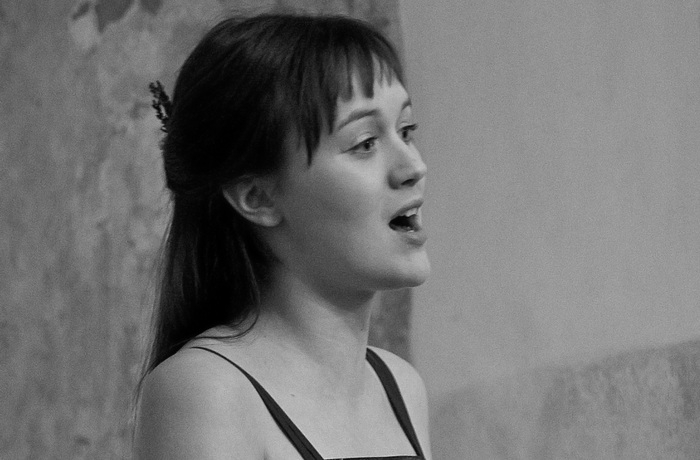 Aneta Bendová studies singing at the Brno Conservatory and musicology at the Masaryk University, Faculty of Arts; the double studies allow her a more complex view of music, with which she has been engaged since childhood. Besides school projects, she currently participates as Pamina in The Magic Flute at the Radost Theatre. She attended masterclasses with Evelyn Tubb (2012 and 2014) and singing courses with Iva Bittová (2014). She has formed a long-term singing duo with Eva Marie Gieslová; they have participated twice in the Stonavská Barborka ensemble singing competition and were honoured for their interpretation of 2 divertimenti for 2 sopranos, composed specifically for them by Pavel Zemek Novák. The cooperation with this composer also resulted in the realization of the composition Greek Book of Dreams of his former student Soňa Vetchá and the premiere of a part of Novák’s St. Lucas Passion at the Kroměříž FORFEST in 2014.