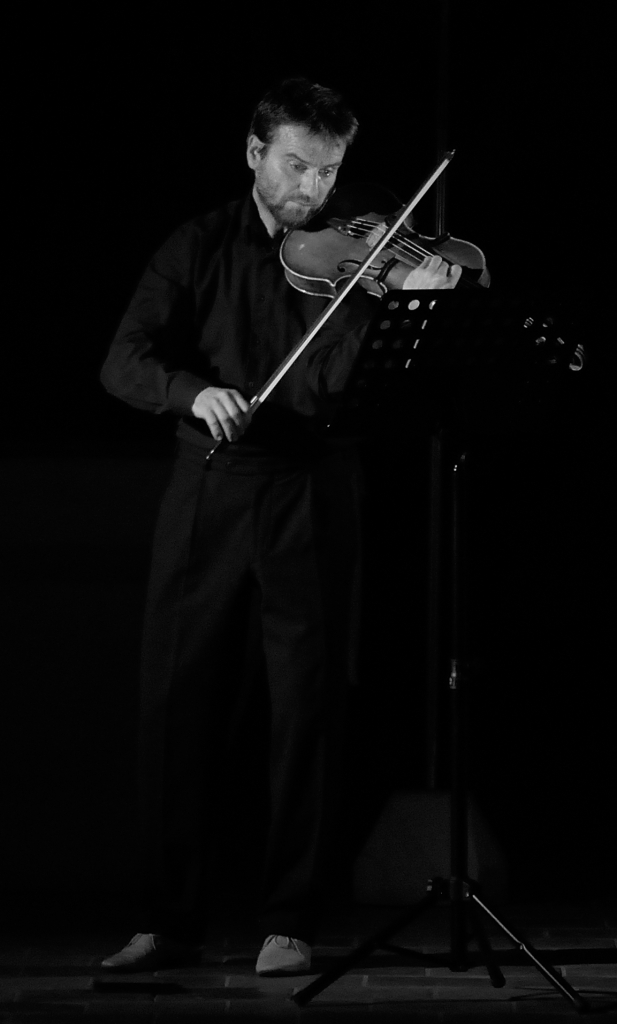 Nikolaus Schlierf (1969) grew up in the Bavarian Forest and attended a music grammar school which was established for the boys of the Regensburger Domspatzen choir. He studied in Nuremberg with Hans Kohlhase, in Frankfurt with Jörg Heyer, and in Freiburg with Garth Knox and Johannes Lüthy. Between 1996 and 1998 he was a member of the youth orchestra of the German Philharmonic Orchestra and between 1995 and 2006 he was the solo violist of the Ensemble Resonanz Hamburg. Since 2001, he also performs with the Sonar Quartett Berlin. The same year he was the soloist at the world premiere of Boris Guckelsberger’s Requiem for Solo Viola at the Fringe Festival in Edinburgh. His interpretation of these pieces was released on CD the following year. In 2006 Nikolaus Schlierf debuted as the Evangelist in the Christmas Oratorio by Johann Sebastian Bach in Bad Kötzting. He is the co-founder of the Anubis Trio Berlin (2009) which focuses on experimental and improvised music. He is also a regular guest of the chamber ensemble Neue Musik Berlin, Ostravská banda, Reflexion K, musikFabrik NRW, Berliner Ensemble, Asian Art Ensemble at Klangforum Heidelberg, v Ensemble Courage Dresden, LuxNM and Adapter Ensemble. Nikolaus Schlierf won first place in the Hanns Eisler Performance Prize. Since 2000 he has been living in Berlin.