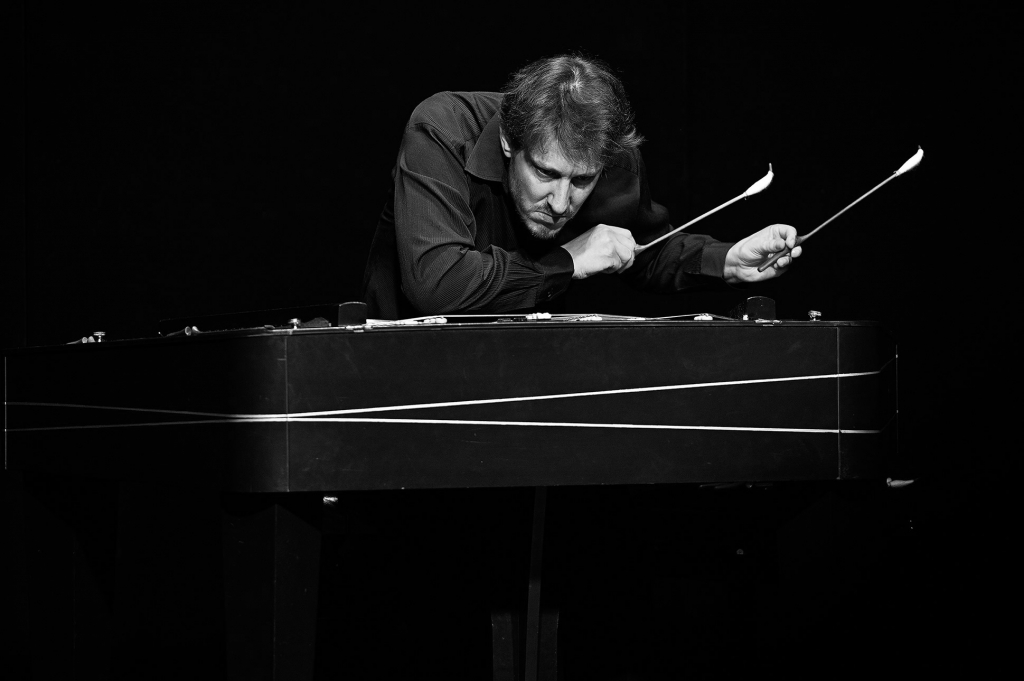 The cimbalom player, composer and improviser Daniel Skála (1981) studied playing the cimbalom at the Franz Liszt Academy of Music in Budapest and composition at the Janáček Conservatory in Ostrava. He has received a number of prizes as a cimbalom player in performance competitions both at home and abroad and he has performed, for example, at the La Biennale festival in Venice, at Bregenzer Festspiele with Ensemble Modern or at concerts with Amsterdam’s Asko/Schönberg Ensemble in California and at New York’s Carnegie Hall. He currently mainly devotes his time to composing and performing solo. As a soloist, his main aim is to broaden the repertoire for the cimbalom by collaborating with composers from all over the world. He is known as a pioneer in playing the cimbalom, having designed his own concert instrument and continuously inventing new ways of playing.