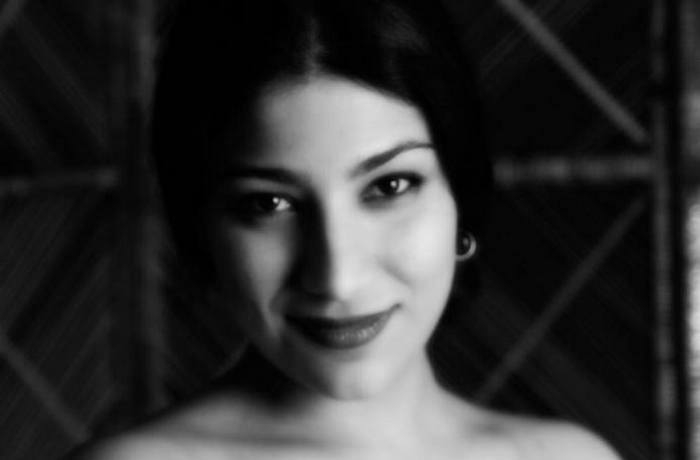 Iranian mezzo-soprano Alma Samimi studied singing at the Hochschule für Musik und Tanz in Cologne, where she also graduated in vocal pedagogy. Between 2012 and 2015, she lived in the Czech Republic, where she starred in several productions by Tichá opera ensemble, including Bohuslav Martinůs opera Theatre behind the Gate (which opened at The New Stage of the National Theatre in 2012) or the role of Clarice in Joseph Haydns opera Il mondo della Luna. She has lived in Düsseldorf since 2016.