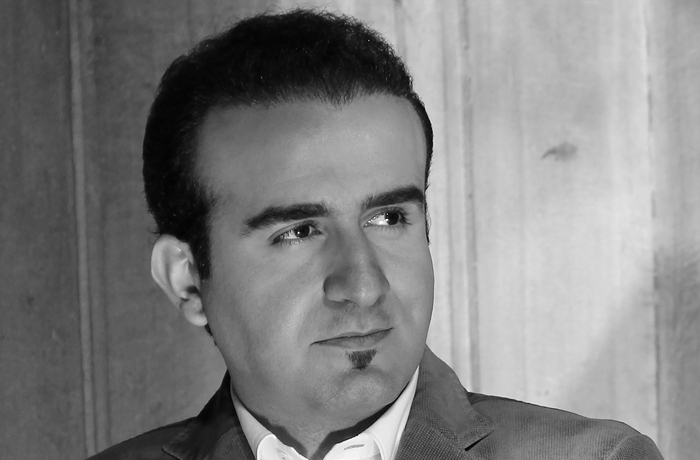 Abdolreza Rostamian (1980, Isfahan) graduated in Tar playing from the University of Applied Science and Technology in Tehran in 2002. He studied lyric singing at Yerevan Conservatory Komitas where he graduated in 2009, and at the conservatory of Giuseppe Verdi in Milan where he received a degree in 2014. Afterwards, he started performing baroque vocal music. In 2014, he performed as Testo with the Verdi Baroque Orchestra in the madrigal Il Combattimento di Tancredi e Clorinda by Claudio Monteverdi. This success led to other performances with Teatro sull Acqua in Italy and Switzerland. He has also performed as Pastore in Monterverdis Orfeo with the Civica Baroque Orchestra. In 2015 he recorded "Baroque Songs" with the Milan Baroque Music Ensemble, published by “Chaharbagh Bang” Institute of Art & Culture. Since then, Abdolreza has given several performances showcasing his vocal repertoire, including works from Baroque to Contemporary.