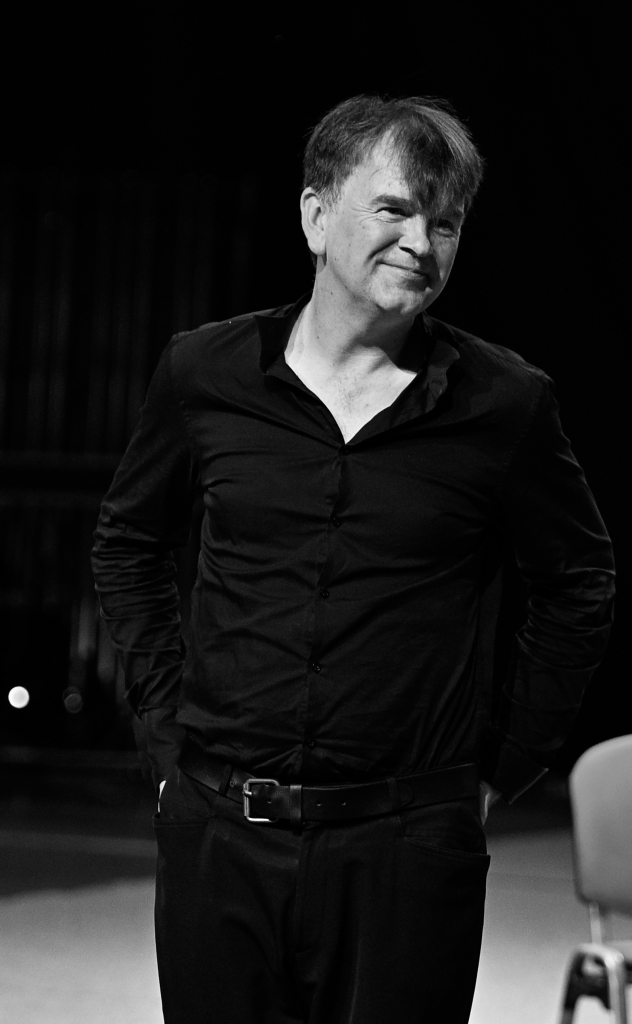 The pianist Daan Vandewalle is an internationally acclaimed performer of the 20th and 21st century piano music. His repertoire consists of hundreds of pieces of numerous well–known composers of the 20th century, including the complete oeuvres of Charles Ives and Olivier Messiaen, as well as numerous premieres that resulted from intense collaborations with contemporary composers. He has performed in a wide range of venues, from small clubs in the underground experimental music scene to established venues such as the Prague Spring festival (Elliott Carter’s Dialogues), Lincoln Center in New York or Théâtre du Châtelet in Paris. Special projects include his lifelong collaboration with the American composer Alvin Curran which resulted in a series of 6–hour marathon performances of the piano cycle Inner Cities, a series that was released on a Long Distance classics/ Harmonia Mundi CD box (2005). Other recording projects included the complete piano music of Gordon Mumma (2008 NWR) and his debut recording Charles Ives, Concord Sonata (1996), which was met with rave reviews in the American press. He premiered dozens of new pieces by composers such as Frederic Rzewski, Clarence Barlow, Maria De Alvear, Fred Frith, and Gordon Mumma. He is one of the only pianists in the world who plays the entire Opus Clavicembalisticum by Keikoshru Sorabji and the extremely complex Çoğluotobüsişletmesi by Clarence Barlow. He played Ligeti’s Piano Concerto at Carnegie Hall in New York and at the Prague Spring festival (2013). Apart from his work as a soloist he forms a piano–duo with the legendary Australian pianist Geoffrey Douglas Madge, and duos with cellist Arne Deforce and singer Salome Kammer. Since 2001 he has taught piano at the Royal Conservatory of Ghent, part of the University College Ghent. In March 2015 he was the solo pianist in the world premiere of the Frederic Rzewski Piano Concerto with ASKO/Schönberg Ensemble and Peter Rundel. Also in 2015, Vandewalle performed Beethoven’s 5th Concerto under the direction of Michel Tilkin. He has been cooperating with Ostrava Center for New Music regularly since 2007.