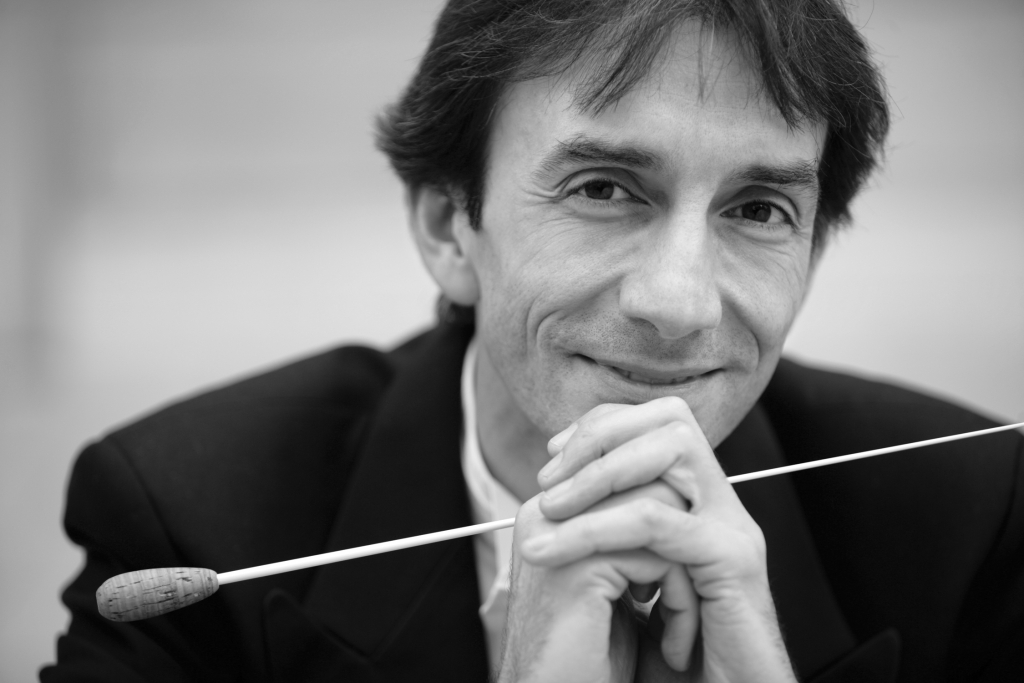 Conductor Bruno Ferrandis began his tenure as music director and conductor of the Santa Rosa Symphony in July 2006. Born in Algiers in 1960 and raised in Nice, France, Ferrandis currently resides with his family in Paris. He has conducted all over the world, and his breadth of musical experience includes not only symphony and opera, but also ballet, musical theater and cinema-accompanying music. A graduate of the Guildhall School of Music and Drama in London, he received a masters degree in conducting from The Juilliard School. He was conductor of the Juilliard Pre-College Orchestra and Juilliard Opera Center. He also co-founded the New Music ensemble “Music Mobile” in New York City, and has recorded three compact discs with the Radio France Orchestra. In 2013, Ferrandis conducted the new version of Martin Matalons composition to accompany the silent film classic Metropolis with the Atlanta Symphony; in 2014 he conducted a production of Die Fledermaus by Johann Strauss at the Opera de Nice in France. In January 2015, he returned to the Opera de Nice to conduct a full opera production of Benjamin Brittens Peter Grimes. Last years summer, he conducted four concerts at Ostrava Days festival and later that year conducted Rigoletto at the Opera de Tours. Ferrandis has worked closely with the following living composers: in America with Jacob Druckman (creating a workshop of his opera Medea), William Schuman, David Diamond, George Tsontakis and Edmund Campion; in Canada with Randolph Peters and Harry Somers; in France and Europe with Martin Matalon; with Mauricio Kagel and his lively music theater (Warsaw Autumn Festival), Ahmed Essyad (Oratorio for the Theater Festival in Avignon, France), Claude Ballif, Yves Prin, Pascal Dusapin, and celebrated composers Pierre Boulez and Luciano Berio.