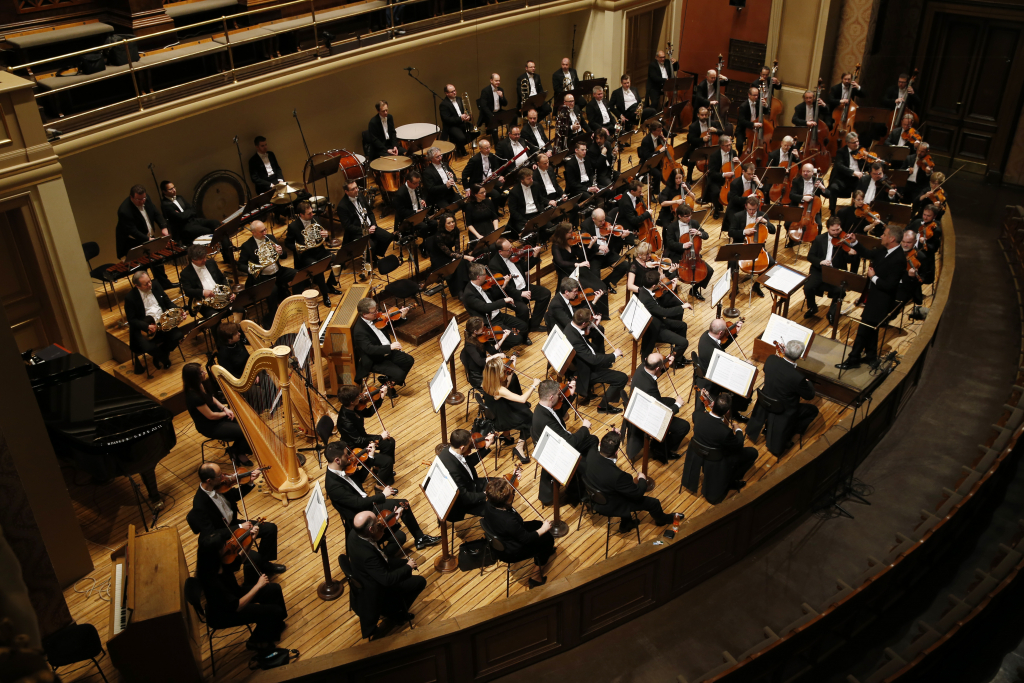 The Prague Radio Symphony Orchestra is one of the preeminent Czech orchestra’s today. From the 2018/2019 season, the role of Chief Conductor and Artistic Director is taken by the leading German conductor Alexander Liebreich. Marek Šedivý occupies the post of Principal Guest Conductor. In recent years the orchestra has worked with top Czech and foreign conductors, such as Jiří Bělohlávek, Jakub Hrůša, and John Axelrod. The soloists that the PRSO has accompanied include the pianist Krystian Zimerman, violist Pierre Amoyal, and singer Renée Fleming. The orchestra regularly orders and performs pieces of leading Czech contemporary composers, such as Miroslav Srnka, and Jiří Kadeřábek. The PRSO’s recording work is also noteworthy. Its most recent output includes a Janáček trilogy conducted by Tomáš Netopil, released on the Supraphon label. Two of their releases were named Editor’s Choice by the prestigious magazine Gramophone. The first complete recordings of Miloslav Kabeláč’s eight symphonies (Supraphon, 2016) ranked as a singular achievement, as did the recording of all of Bohuslav Martinů’s piano concertos (Radioservis, 2016). The PRSO is often a guest orchestra at significant Czech festivals, such as the Prague Spring International Music Festival, Dvořák Prague Festival, and Smetana’s Litomyšl. The orchestra is a regular guest at international venues throughout Europe and in Japan. In spring 2018, PRSO, under the conduction of Petr Kotík (and thanks to Ostrava Center for New Music), opened the new concert space DOX+ (Prague) with a programme consisting exclusively of works by Morton Feldman.